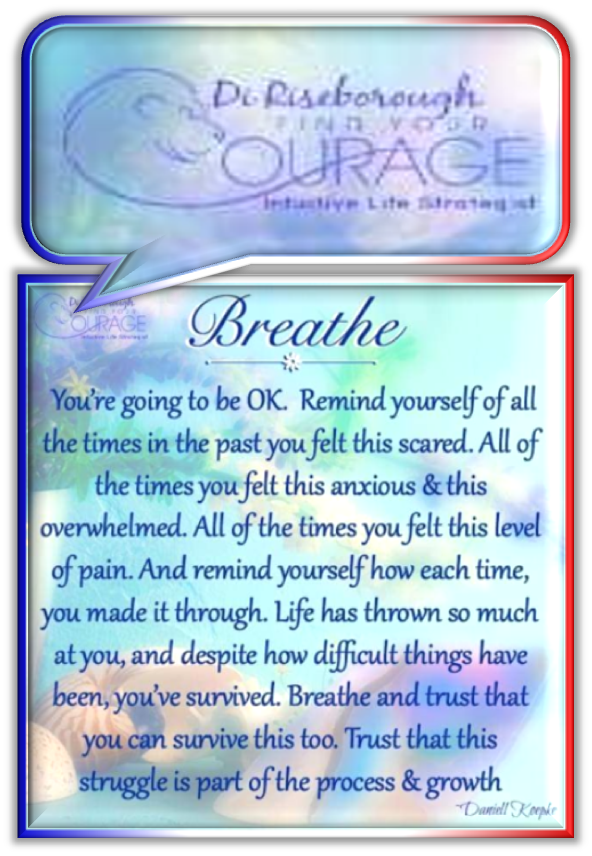 I was struck by the logo in the above meme. A stylized lion’s head forming the C” in “Courage” and the legend: “Di Risebourough, Find your Courage…”

18 Yet I have reserved seven thousand in Israel, all whose knees have not bowed to Baal, and every mouth that has not kissed him.

We ARE the majority

From the meme above:

Earlier today, I announced to my team that I was suspending the US Senate Campaign.  As R, Lee Phillips and I saw it, there was no way to get from where we were to we we needed to be in order to qualify for the ballot.  A short while later, a recent new friend — though I feel like we’ve known each other for much longer — responded with this meme and words of encouragement. 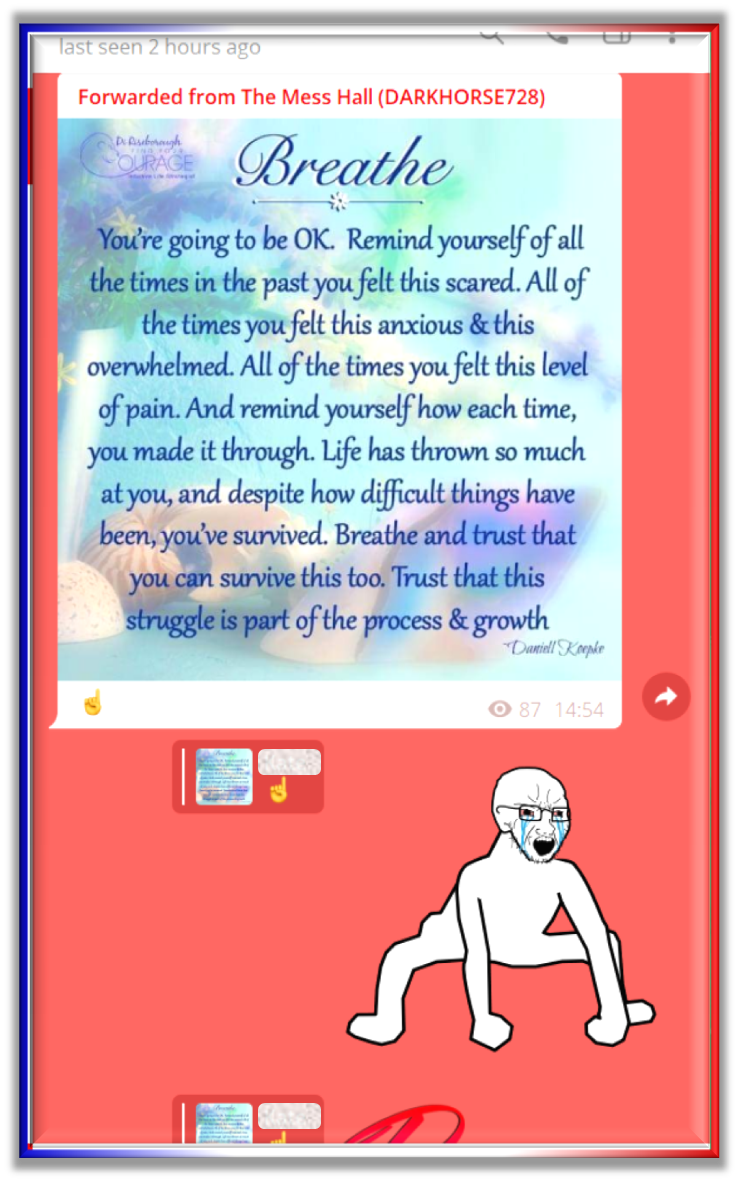 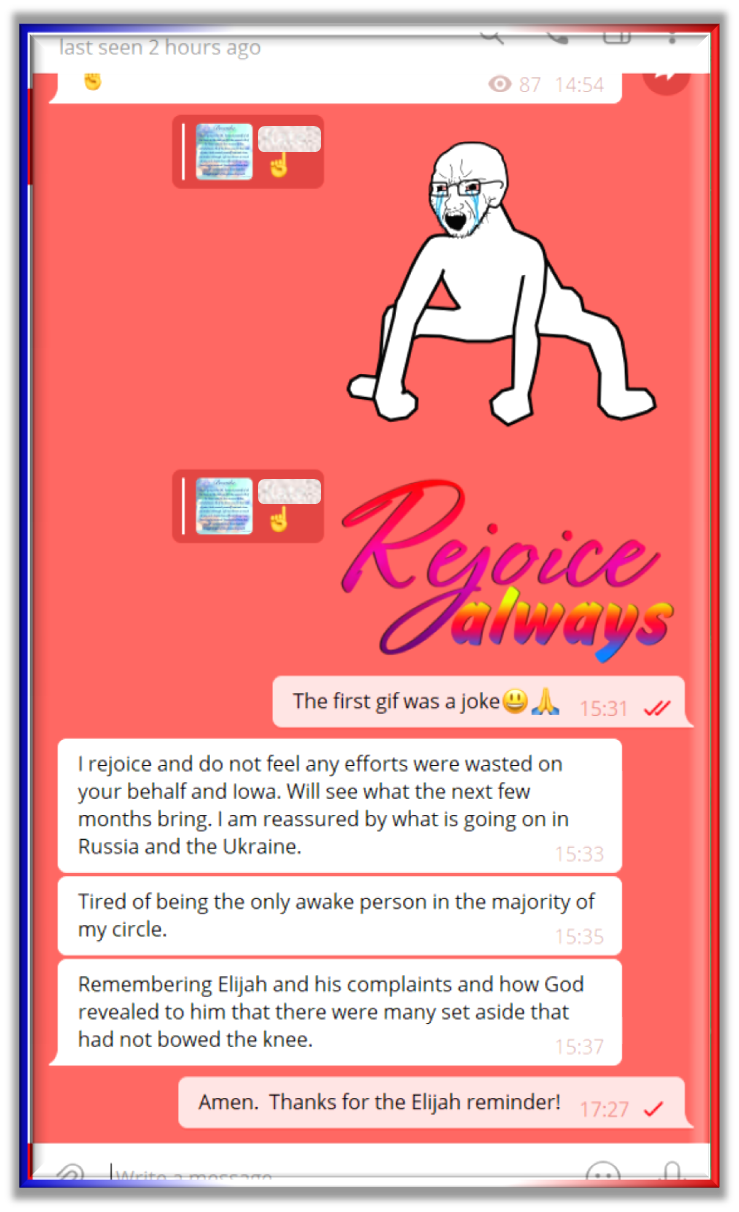 It reaffirmed what I was resolved all along to do but the meme gave me inspiration for my concession.

As I read the back and forth, I recalled a recent road trip to a campaign event, IIRC, I was listening to a Just Human livestream on Rumble.  Kyle responded to a chat from someone who at times felt lonely in this strange and spiritual war. Paraphrasing Kyle:

“If you’re feeling low at times that you’re without nearby family and friends to share in the awakening, just remember this… By Divine Design, you have been strategically placed worldwide where you are now for this time.”

“You are where you need to be now to help family, friends, neighbors, co-workers etc as they wake up to the existential crisis we’re in. And in the process of getting others up to speed on the happenings; you will find new friends closer to you, proving you’re not alone in this war.”

Indeed.  In this team effort, if nothing else, we’ve broadened our network. Reestablishing old friendships and making new ones.

Where We Go One…

Along the campaign trial, I’ve met all sorts of voters and supporters:

And if 90 – 95% of our DC politicians are corrupt — many irredeemably so — then thanks to Devolution, there will probably be more than a few empty seats in Congress. Enough to give us super-majorities in both Houses. As of now, 31 House democrats have announced their retirement. There will be more retirements to come in the Uniparty, so let’s be ready to fill them with Constitutionalists.

We concede NOTHING in our campaign to take back our government. It never was all about winning this particular long-shot petition drive.  It’s about raising awareness that the Constitution is our binding contract in which we entrust certain powers to a government called the ‘United States of America’ solely for the purpose of impartially defending our unalienable liberties and rights. And we’re going to flood the elections. If you chose not to vote, then you’ve voted for more of the same decline in American Exceptionalism.

Renegade Obama was absolutely right about our Constitution being a document of “negative rights“.  The government is not allowed any rights to govern without our consent.  But he is empathically wrong with his Marxist remedy.  We are NOT a “Democracy”, we are a Constitutional Republic and we’re determined to keep it.

Anything outside of the proscribed powers as written is repugnant, null and void. That everything outside of the framework of our Constitution is reserved to the States and We the People. Period.  We will not give up a precious liberty in exchange for an inferior security.

Through our team efforts, we’ve earned the right to sit at the table and be heard on the direction our created government ought to take to restore our Natural Law liberties and rights.

For whatever reasons, Grassley has forgotten Main Street and We the People.  It’s time for him to go. His way, the old crony-corporatism and business as usual way, is not the way we want to continue.

I would encourage all of you to work on Jim Carlin. He has good intentions, but he needs to adjust his mindset to use our Constitution and the Bible as his authoritative go-to. They are the last word on Common Law, not some cafeteria menu where we can pick out what we like and ignore the rest

Jim and other challengers ought to forget about relying on “established” law and writing new laws to “make it better”. They can’t. Simply because a majority of those laws are repugnant to the Constitution and Natural Law. You can’t fix the Rube Goldberg-esque mockery of law with more legislation, but by eliminating all of them.

I recall back in the 90s, when Francois Mitterrand, former Prime Minister of France, proudly introduced his 2,000 page Constitution of the EU. Thumbing through it, it was a document of positive rights which on a whim, the EU could grant or revoke.  This is what Democracy really looks like; rule of the people by the consent of the government.

But We the People have 5 levels of defense in restoring impartial Rule of Law, maintaining our rights and preserving our liberties as outlined here https://ajfoster4iowa.com/issues/returning-to-the-rule-of-law/

From a Telegram Supporter:

A.J. and crew. I have a great campaign idea and it doesn’t matter who is running, whether democrat or republican.

Organize and spread the word in all counties to ensure that someone and even better, multiple people, will be at EVERY public event where a candidate for office is campaigning and all town halls and other events who will do this very simple task:

The question should be asked at EVERY event to these public wantabes: “Do you promise to keep your constitutional oath when you get into office?”

Those who are already serving should be asked, “Are you keeping your constitutional oath in office?” Have people ready and prepared to ask more penetrating questions relating to the constitution. Especially appropriate to quote specific provisions of the constitution and relate to specific bills that they have or will be voting on.

This should be an organized effort that we can start doing here and now and it will have a massive impact on ALL of the politicians and political environment in this state and beyond.

It’s cheap and effective. All it requires is organization and an informed electorate who is willing to keep the fire on the tails of those who represent us.

If done properly, the public will soon shift their focus from isolated issues to this one central critical test that should measure the quality of any candidate or politician, that being – Are they intending to or are they keeping their oath. That simple. If they cannot do that one simple thing, they do not deserve our vote.

This campaign if done right will do the following:

Use your base that you developed in your recent campaign to get this ball rolling. 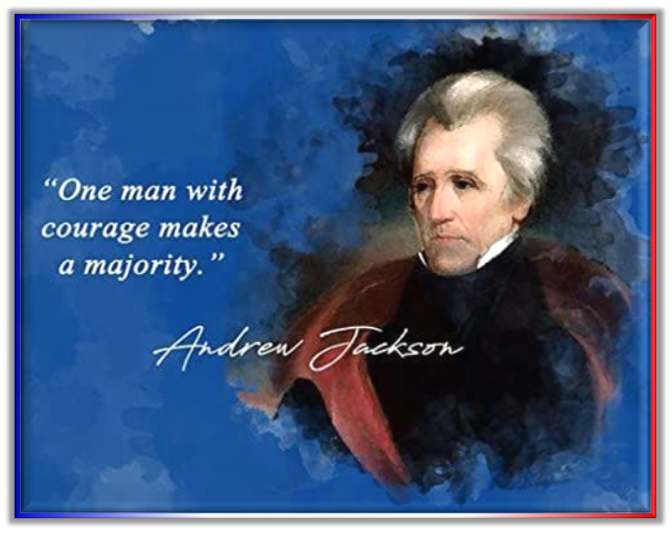 MAGA/MEGA! We caught them all…