Is The ERA Amendment Dead? Yes & No

Is It Dead Or Alive? 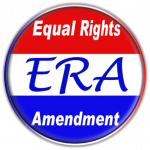 Seriously, when was that last time you even thought of the ERA? For some readers, they might not ever have heard of it. But just because it is out of mind for us, it is never out of sight for the progressives. And like a reanimated Zombie, ERA is relentlessly wandering the halls of Congress waiting to be added to our Constitution.

For any proposal to amend the Constitution, whether proposed by Congress or by a Convention of States, it takes 38 States to ratify and have the amendment added to our Constitution.  Surely 13 or more Red States would block any radical progressive attempt to change the constitution, right?

That is something we need to keep in mind, as ratification is cumulative, for however long it takes.  So as States flip from Blue to Red, We-The-People must demand our elected Senators and Representatives void the ratification of any previous proposal to which we do not consent.

Here’s looking at you Iowa Legislature! Yet another reason to flood the 2022 elections. 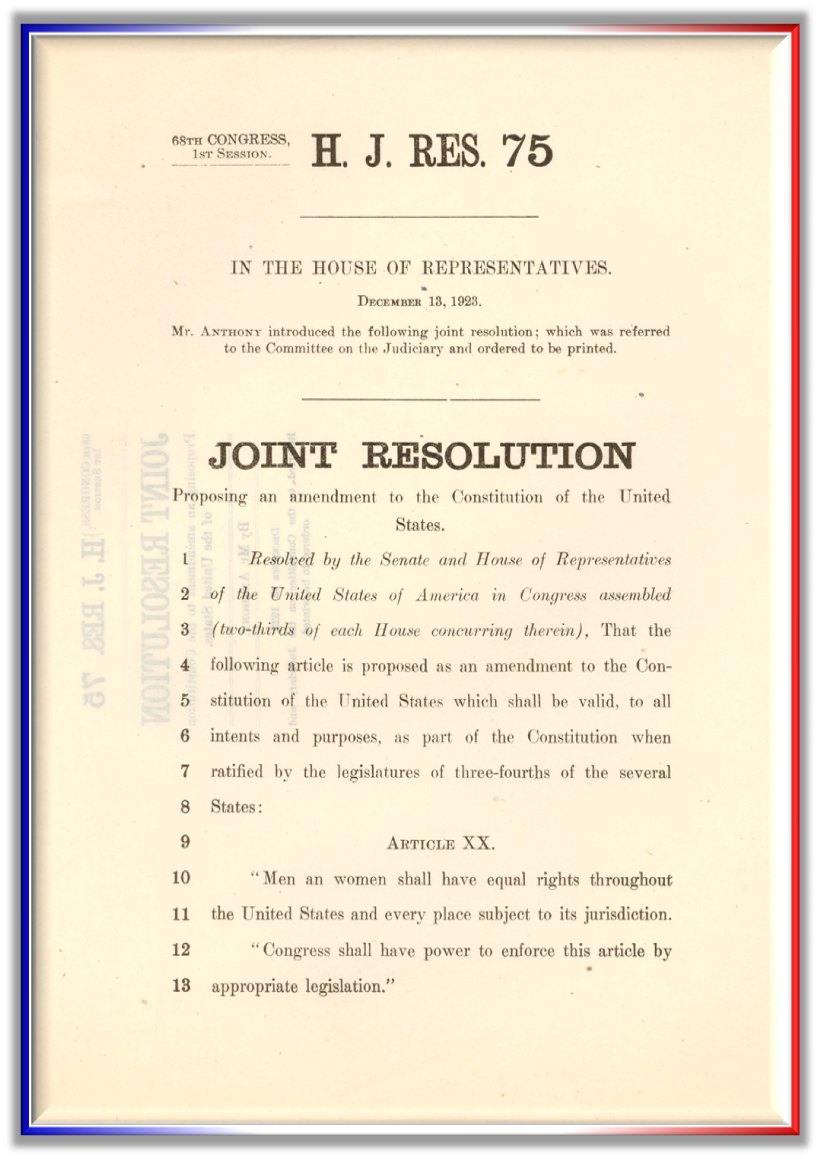 Three years after the ratification of the 19th amendment, the Equal Rights Amendment (ERA) was initially proposed in Congress in 1923 in an effort to secure full equality for women. It sought to end the legal distinctions between men and women in terms of divorce, property, employment, and other matters. It failed to achieve ratification, but women gradually achieved greater equality through legal victories that continued the effort to expand rights, including the Voting Rights Act of 1965, which ultimately codified the right to vote for all women.

This is all well and good; in that the cause of equality for women was gained within the context of Constitution as it existed and without the original ERA. Thus proving that an amendment establishing a “new right” wasn’t necessary after all.  But that didn’t deter the National Organization for Women (NOW) from continuing to promote feminism. And thus was the amendment revived nearly 40 years later, which reads as follows:

“Equality of rights under the law shall not be denied or abridged by the United States or by any state on account of sex.”

If the 14th Amendment textually requires all States to incorporate the Amendments into their State Constitutions, why the verbiage “or by any state“?  Never mind that the 14th conceptually guarantees “equality of rights under the law“.

Are “women” not persons equally protected by the law? Or does the rub lie in semantic ‘penumbras and emanations’ in “equality of rights” as in equality of outcomes, not equality of opportunities and protections?

That’s because the so-called 2nd wave feminists ‘didn’t want the ERA, they wanted the radical SRA… Superior Rights Amendment!’  Speaking of the SRA, who remembers Wally Rap from 1986?

And Rush (rest in peace) played a role in derailing that amendment back in the 80s and 90s.  And what do you know?  Nancy Pelosi and her gang are trying to resurrect the ERA as part of their “Equity” initiative.  See Nancy Pelosi’s Press Conference on Equal Rights Amendment (ERA) Transcript March 17, 2021, https://www.rev.com/blog/transcripts/nancy-pelosi-press-conference-on-equal-rights-amendment-era-transcript-march-17.

On one hand, these Demonrats express concern for women and yet on the other hand, their HR5 Equality Rights bill elevates transgender rights in which ironically would send women to the back of the line as biological males, who delusionally identify as female, compete against women, negating their Title IX protections.  This is peak derangement by design.

Here is the list of 38 States – YES!!! The necessary three-fourths of the States have ratified the ERA proposal:

If your State is in the list of 38 above but has not rescinded their ratification of the ERA, that is one more item to add to your list of issues for your slate of 2022 State candidates.  Let’s hold their feet to the fire on this!

38 – 5 = 33 States, so we’re safe from having the ERA certified, right?  Not so fast.  Here’s what proponents of the ERA at the Alice Paul Institute are arguing:

Can a state legally rescind their ratification of the Equal Rights Amendment?

Article V of the Constitution speaks only to the states’ power to ratify an amendment but not to the power to rescind a ratification. All precedents concerning state rescissions of ratifications indicate that such actions are not valid and that the constitutional amendment process as described in Article V allows only for ratification. For example, the official tally of ratifying states for the 14th Amendment in 1868 by both the Secretary of State and Congress included New Jersey and Ohio, states which had passed resolutions to rescind their ratifications. Also included in the tally were North Carolina and South Carolina, states which had originally rejected and later ratified the amendment. In the course of promulgating the 14th Amendment, therefore, Congress determined that both attempted withdrawals of ratifications and previous rejections prior to ratification had no legal validity.

Therefore, it is most likely that the actions of the five states — Idaho, Kentucky, Nebraska, South Dakota, and Tennessee — that voted to rescind their ratification of the ERA between 1972 and 1982 are a legal nullity.

These progressives are like the Terminator; they just keep coming, and coming after us and will not stop until they have fundamentally transformed our nation into a Marxist “utopia”.  The only thing stopping the Uniparty from going ahead and declaring the ERA a done deal is that they are not sure if their “legally nullity” argument will stand.  Furthermore, they are not going to press the issue now when their advantage in balance in power is in jeopardy with upcoming 2022 elections.  No need to further inflame and motivate the Patriots who stand against them.  You might say they are running silent and deep for now, in hopes of a more favorable Congressional balance next year to certify the ratification.

All part of a relentless multi-pronged attack on our Constitution and Country.  Let us not be swayed by emotional arguments but a clear-headed resolve to keep America great by preserving our Constitution.

Tell your State Senator and Representative to rescind the ratification of the ERA!