Fauci: The Case for Term Limits and Nürnberg 2.0

Sky News – Australia: “The US funded highly dangerous coronavirus research that was once banned at the Wuhan Institute of Virology. That research involved creating new deadly viruses that never existed before. Intelligence agencies are investigating whether such a virus may have leaked and resulted in a global pandemic. The person who knows more about this research than anyone, is the top medical advisor to the President, Anthony Fauci. But when the outbreak of the pandemic exploded and the White House was sitting there wondering how it all started. Fauci did not once mention gain of function research or other research activities at the Wuhan laboratory. It was left to others to slowly uncover. Gain of function research involves experiments that can increase transmissiblity or the virulence of pathogens, of viruses. And that is what was going on in the Wuhan labs.

It turns out even when this worrying research was banned in the US, back in 2014, US money was still continuing to flow through to China to fund the same research. And Fauci is the man responsible for this. He was the head of NIH when the ban on this risky research was lifted in 2017.“

Fauci: “Please let me finish. You don’t want to go to Hoboken, New Jersey or Fairfax, Virginia to be studying the bat-human interface that might lead to an outbreak. So you go to China…

This is a sub award from a larger grant that received one of the highest scores from American peer-reviewers of research that needed to be done. So you say why do it in China; You do it in China through a very well known, highly qualified laboratory. Now you’re absolutely correct, that I can’t guarantee everything that’s going on in the Wuhan lab, we can’t do that. But it is our obligation, as scientists and public health individuals, to study the animal-human interface. So it was incumbent upon us to study the animal-human interface and to understand what potential these viruses have of infecting humans which might then damage the United States.“ 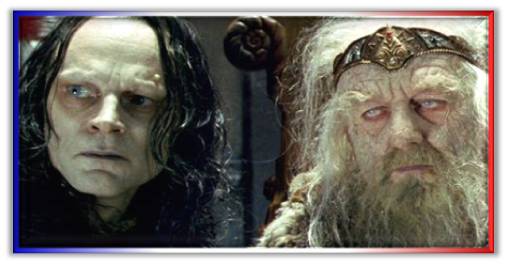 This loathsome Wormtongue Imp; as a non-clinical physician with the National Institutes of Health (NIH), Fauci ill-served the American public health sector in various capacities for more than fifty years and has acted as an advisor to every U.S. president since Ronald Reagan. He has been director of the NIAID since 1984 and is responsible for killing thousands of HIV-AIDS victims by mandating a poisonous and expensive concoction, AZT while deliberately suppressing cheap therapeutics. As Xhou Biden’s chief medical advisor, Fauci continues his killing spree with Covid patients, mandating yet another witch’s brew, Remdesivir, in addition to masks and vaccine mandates.

Josef Mengele has nothing on this psychopathic modern doctor of death and cruel experiments. 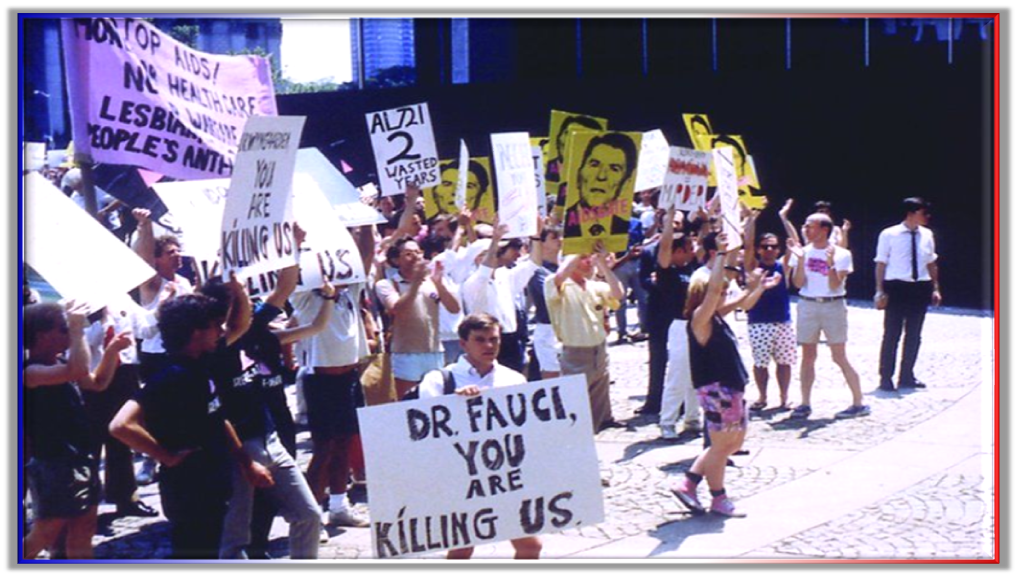 Dr Fauci, You Are Killing Us

In speaking of the 1980’s LGBT protest, Fauci said: “I had always been fascinated by the human immune system handled microbes…how epidemics have shaped societies…“ 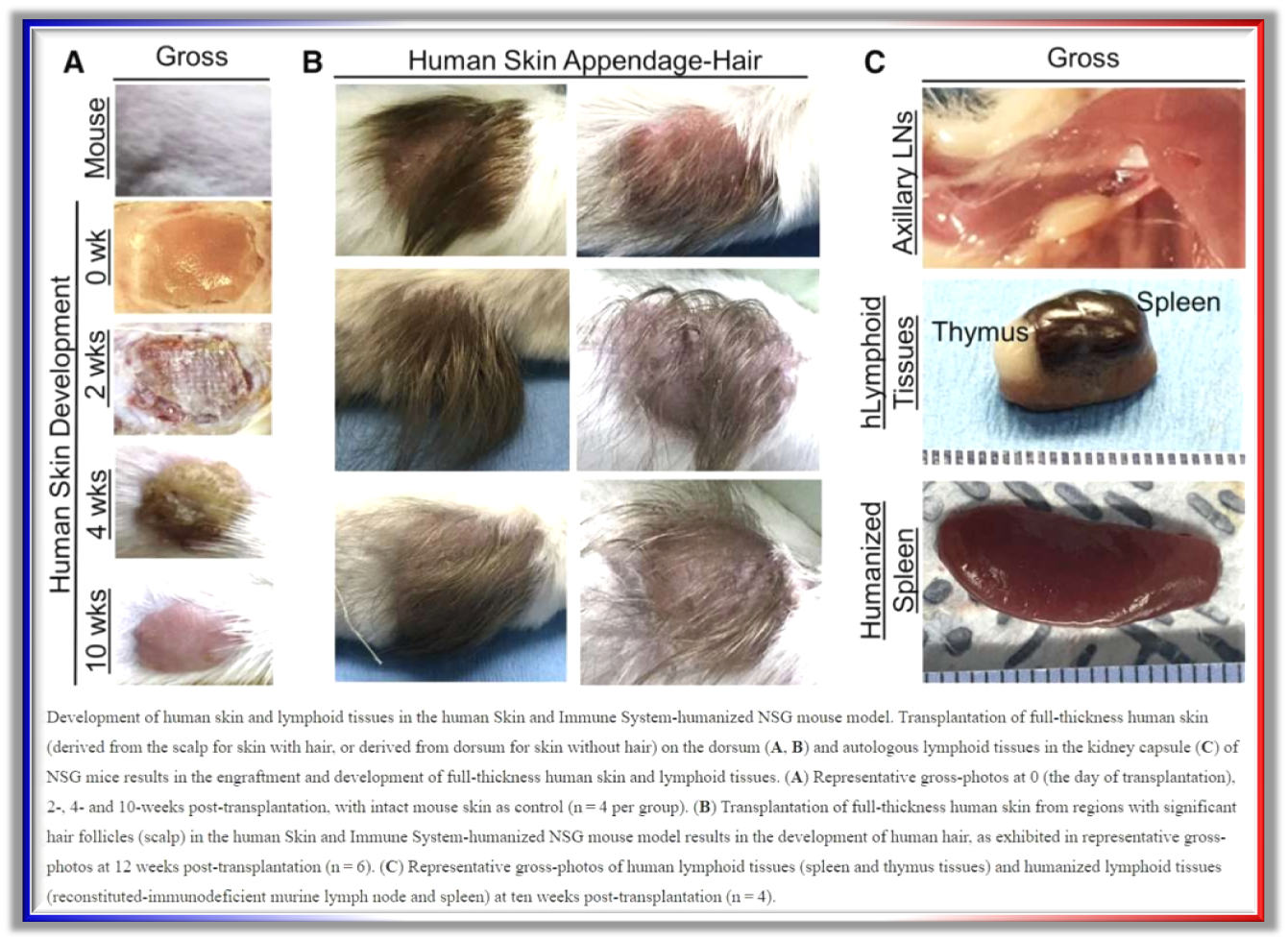 Fact-Checking the Fact-Checkers: Yes, Dr. Anthony Fauci Funded Grafting Baby Scalps onto Mice. When it comes to fetal experimentation, the public is entitled to full transparency, preventing the projects’ ghastly nature can no longer be denied or obfuscated. 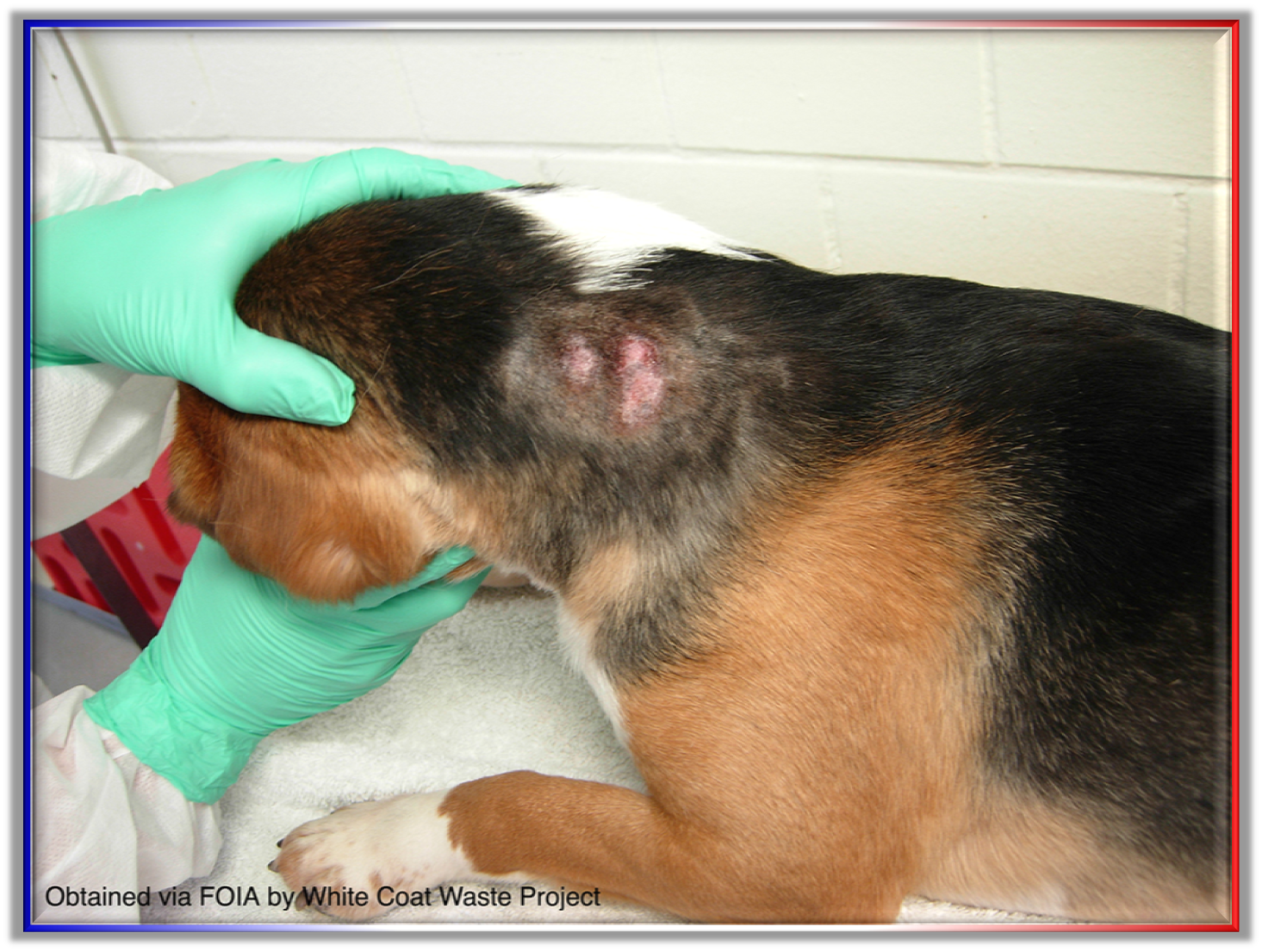 Beagle abused in painful experiments in an NIH lab

BeagleGate: According to documents obtained using the Freedom of Information Act, Fauci just spent $424,000 to commission a study in which healthy beagles are given an experimental drug and then intentionally infested with flies that carry a disease-causing parasite that affects humans.. 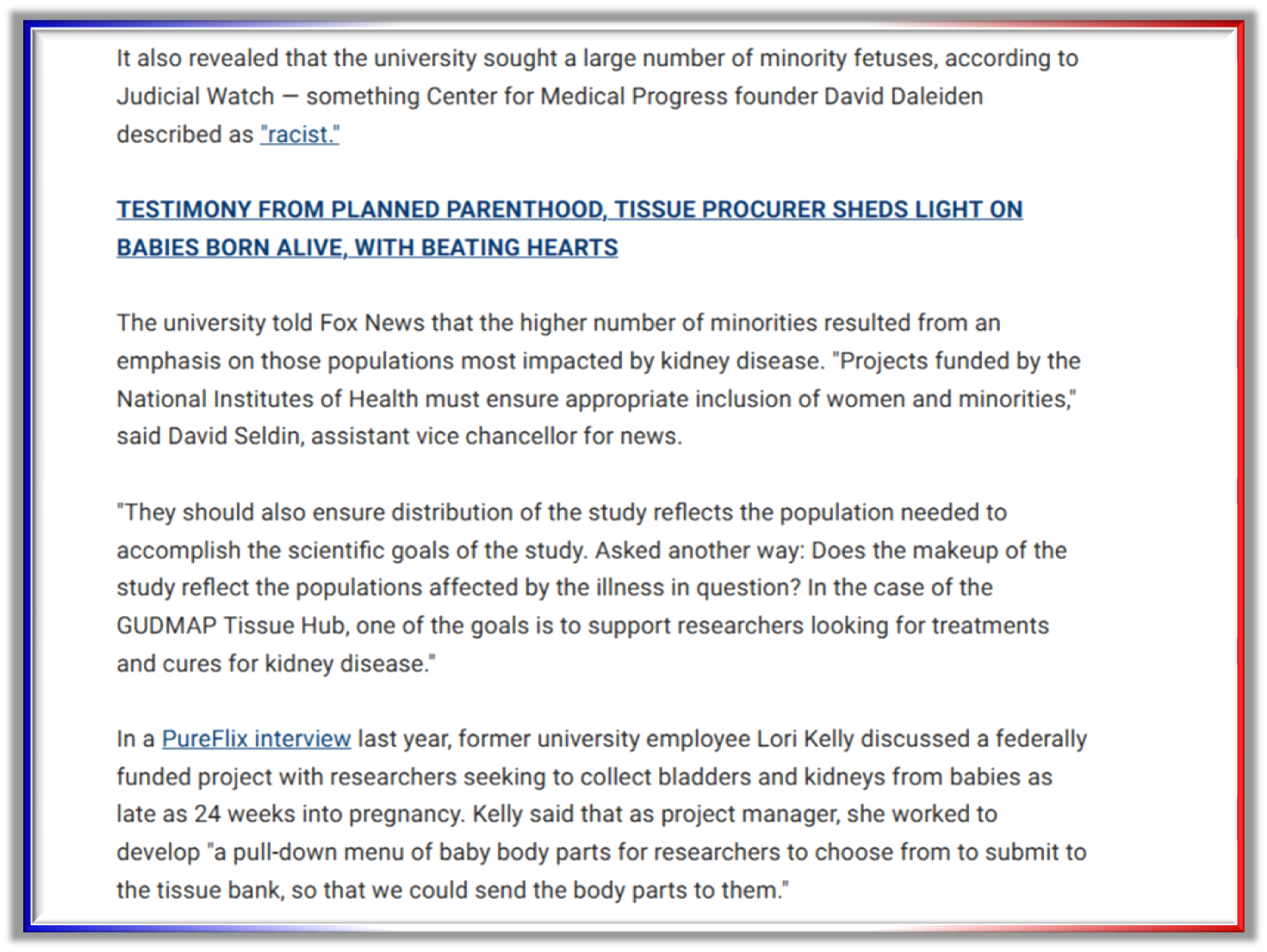 Something is wrong at Fauci’s NIAID: revelations that his office funded research on unborn children who are killed, dissected, harvested for organs, and shipped in pieces from a “Tissue Hub and Collection Site” at the University of Pittsburgh to labs across the country. Millions in federal money flowed to tissue bank that collected fetal ‘heart, gonads, legs, brain’

How could this happen? First, we need to realize that our Federal Government has been infiltrated.  When you understand Fauci’s family history and that his father, as a pharmacist (Greek root: sorcery) was tied to Sloan-Kettering Institute and performed experiments on the nearby homeless. His work, in part, led to the “discovery” of HIV-AIDS, we can now see how The Imp was inserted into his position as head of NIH to continue his father’s legacy. Source: https://youtu.be/CwoYGC4b4zM?t=5748 (the connections as related by YouTube Vlogger, Housatonic Live, starts at about the 1 hour and 35 minutes mark — The research that goes into the entire video will blow your mind!)

As for Fauci and ALL of the other tyrannical bureaucrats and politicians that have committed crimes against humanity, if the global Nuremberg 2.0 tribunal doesn’t hang them, we still have 18 U.S. Code § 242 – Deprivation of rights under color of law

Last week Tuesday, January 25th, I attended the rally at the State Capitol in Des Moines hosted by Mark Meckler and the Convention of States Action (COSAction). Long story short, they have some good proposals for constitutional amendments.  But I firmly reject the call for term limits of federal politicians.

My issue is simply this; If the Founding Fathers were wise enough to give us Article V, were they also not wise to proscribe that Senators be selected by the legislatures of the several states to represent the States’ interests and that the House shall represent the interests of We the People at a ratio of 1 per 30,000 inhabitants? Instead, we broke the Constitution with the enactment of the 17th Amendment, so that it is We the People that elect the Senators.

So how’s that working out for us today?  Senators like Grassley and Ernst pay us lip service while wholly beholden to the lobbyists that fund their campaigns. Or how about the illegal Apportionment Act of 1929 that limited the House to just 435 members, instead of up to 11,000 members today?  My full treatise on the subject is here https://usadevolution.com/2021/06/term-limits-is-not-the-solution/.

I will gladly debate anyone on this topic.

The Founding Fathers – the people who wrote the Constitution – did, in fact, consider and reject the idea of congressional term limits.  In Federalist Papers No. 53, James Madison, father of the Constitution, explained why the Constitutional Convention of 1787 rejected term limits.  “[A] few of the members of Congress will possess superior talents; will by frequent re-elections, become members of long standing; will be thoroughly masters of the public business, and perhaps not unwilling to avail themselves of those advantages.  The greater the proportion of new members of Congress, and the less the information of the bulk of the members, the more apt they be to fall into the snares that may be laid before them.”

However, it has long been my belief that there ought to be term limits for the civil service.  I can say that with my 25 years of experience as a government contractor and observing the actions of leadership in various agencies, some of whom I touch on in my campaign “Issues”.  We have too many unelected bureaucrats that have their own agenda, regardless of the Presidents and Congress members that come and go.

It’s even more nefarious when one examines the Senior Executive Service (SES) which was started in 1978 during the Carter Admin by Kristine Marcy. It has 9,158 SES Senior Executives and 8,000 were appointed by Barrack Hussein Obama when he was in office. These “Untouchables” are paid higher than anyone else in government, AND apparently nobody can FIRE THEM – how is that?

My proposal is simply this; aside from military service, no one can serve longer than 10 years in any capacity of civil service. Period.  Because it is a short term tint of service, there shall also be no pensions. Furthermore, the Constitution grants 35 enumerated powers to the Federal Government, while all other powers belong to the States or We the People.  Every single federal agency that is not covered by the Constitution must be dismantled.

As your Senate representative to DC, we will end the tyranny of unelected bureaucrats.