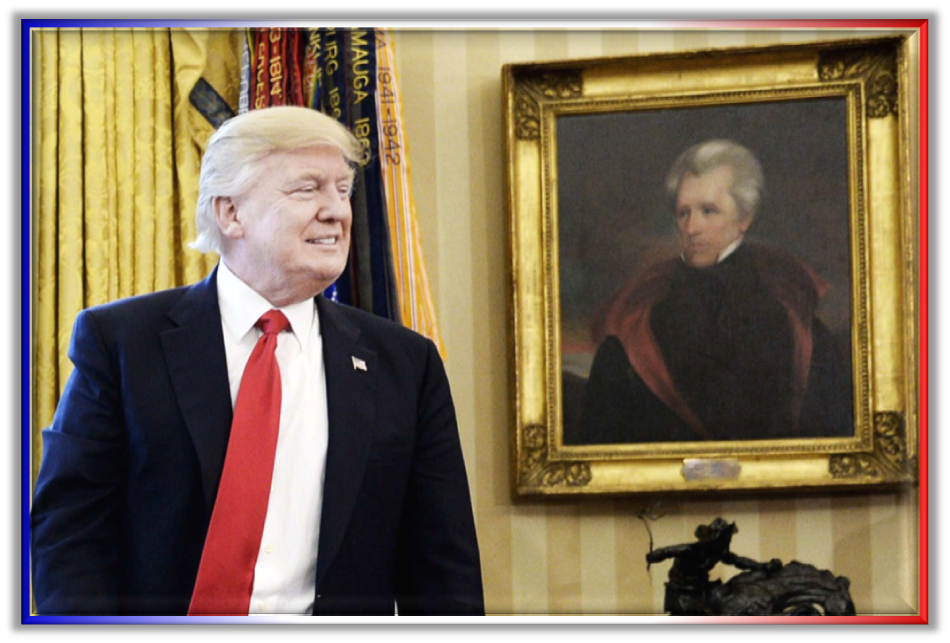 Andrew Jackson (March 15, 1767 – June 8, 1845) was an American lawyer, soldier, and statesman who served as the seventh president of the United States from 1829 to 1837. Before being elected to the presidency, Jackson gained fame as a general in the United States Army and served in both houses of the U.S. Congress. An expansionist president, Jackson sought to advance the rights of the “common man” against a “corrupt aristocracy” and to preserve the Union.

More nearly than any of his predecessors, Andrew Jackson was elected by popular vote; as President he sought to act as the direct representative of the common man.

Born in a backwoods settlement in the Carolinas in 1767, he received sporadic education. But in his late teens he read law for about two years, and he became an outstanding young lawyer in Tennessee.

As national politics polarized around Jackson and his opposition, two parties grew out of the old Republican Party–the Democratic Republicans, or Democrats, adhering to Jackson; and the National Republicans, or Whigs, opposing him.

The greatest party battle centered around the Second Bank of the United States, a private corporation but virtually a Government-sponsored monopoly. When Jackson appeared hostile toward it, the Bank threw its power against him.

Clay and Webster, who had acted as attorneys for the Bank, led the fight for its recharter in Congress. “The bank,” Jackson told Martin Van Buren, “is trying to kill me, but I will kill it!” Jackson, in vetoing the recharter bill, charged the Bank with undue economic privilege.

His views won approval from the American electorate; in 1832 he polled more than 56 percent of the popular vote and almost five times as many electoral votes as Clay.

The following are my 22 favorite quotes from Andrew Jackson.

The old saying, “there’s nothing new under the sun” rings true, as we are going through the same issues as President Jackson endured.  And at the root of it, a Central Bank that corrupted our Republic.  Old Hickory was right to rout it out and it’s high time we end the Fed again, with extreme prejudice via a Constitutional Amendment, so that future legislators can not ressurrect it via an Act.

As your Senate representative to DC, I will fight for the Common Man and defend the Personal & Economic Security of all Americans. 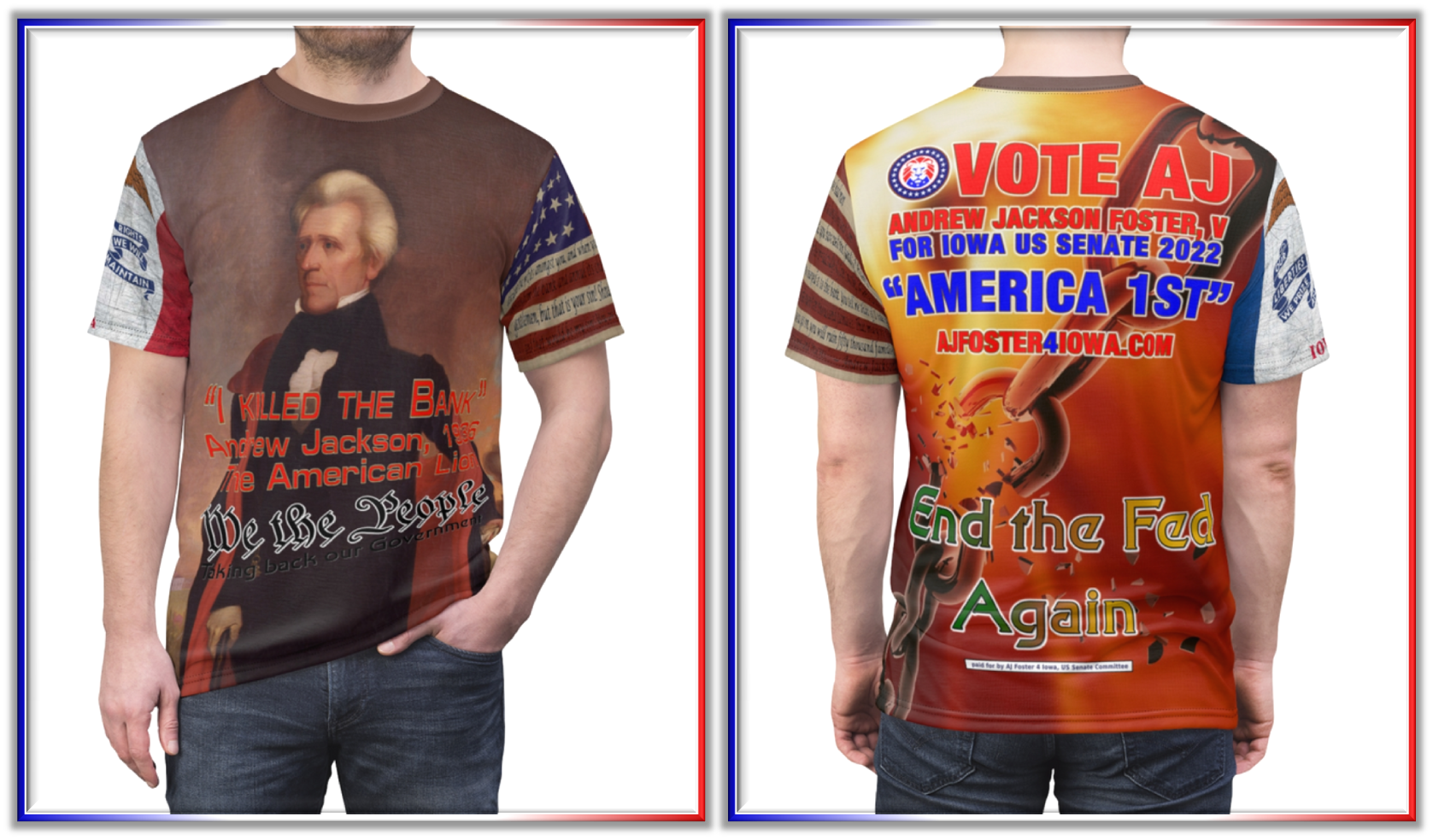 What better way to show your support for my candidacy than to rock a campaign t-shirt designed by yours truly.

Front: Image of Andrew Jackson and the 1836 quote, “I killed the Bank”

Back: AJ for US Senate 2022 logo over an image of a breaking chain and the slogan, “End the Fed!”