Folks, this is what We The People are up against — NeverTrumpers mad that we took the party away from them:

Twitter (https://twitter.com/Olivia_Beavers/status/1440530565577392138?s=19)
Olivia Beavers
SCOOP: Rep. Liz Cheney (R-Wyo.) is slated to have a fundraiser w/ President George W. Bush next month. Signals Cheney is hugging Bush-world ties amid exile from the Trump-wing of the party. Event will be held in Dallas on Oct. 18 w/ some other familiar names… Rove, Miers… 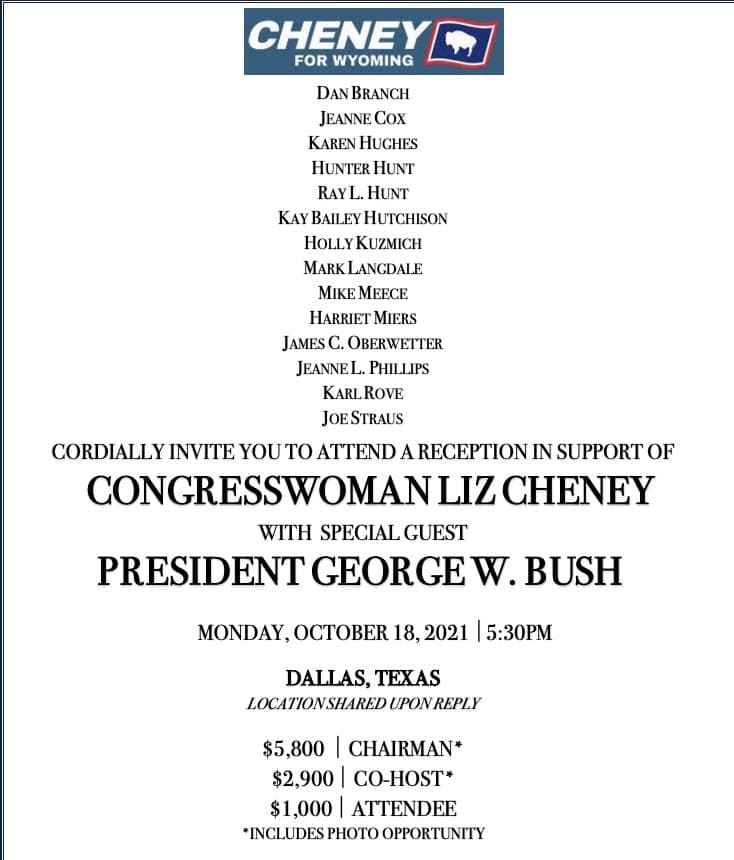 A veritable list of DIABLOs — Demonrats In All But Label Only — traitorous scum. But notice, the event is at a secret location 😆

Harriet Miers? Last time we heard her name was when Dubya wanted to appoint her to SCOTUS because she was his personal WH lawyer and instead we got John Roberts.

I’ll venture a bet that Liz will be forced from office before Christmas, so this fundraiser is really just a payoff for her legal fees. 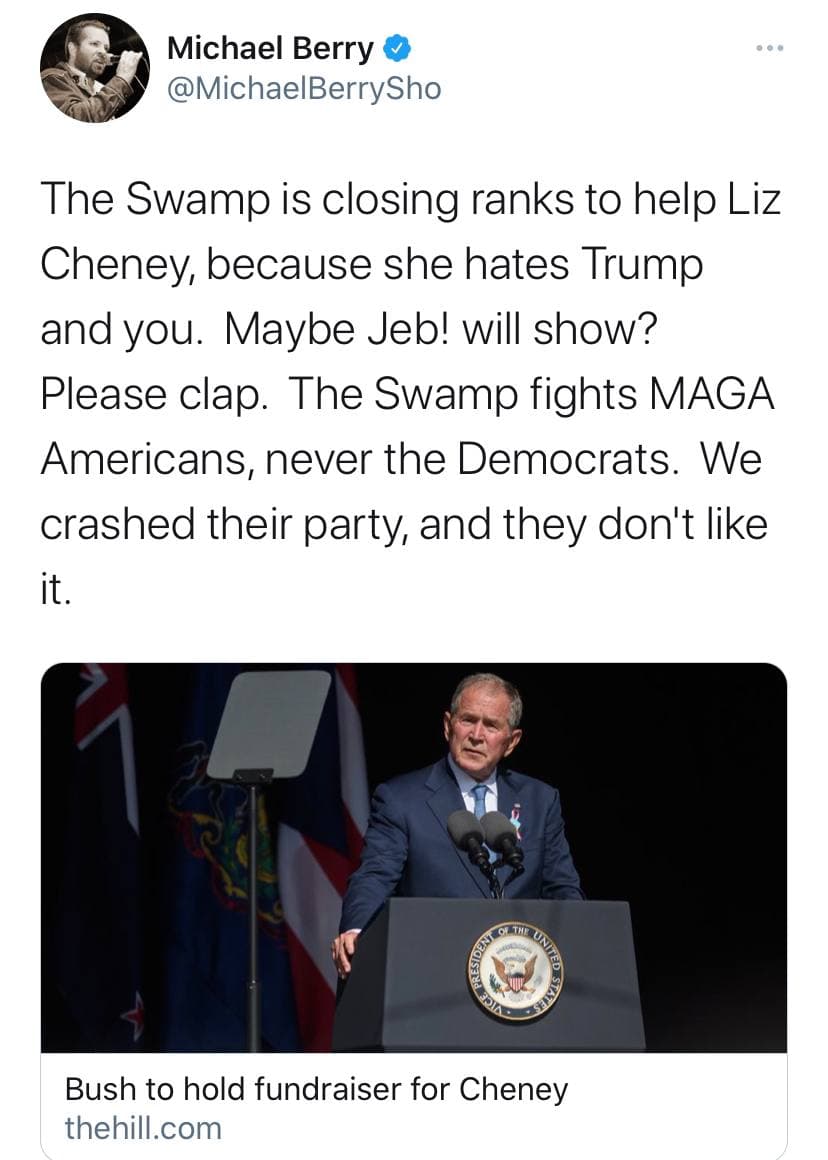 From Secretary Mike Pompeo: “George W. Bush was confronted by Iraq War veteran Mike Prysner, while he was speaking at an event in Beverly Hills over the weekend.”